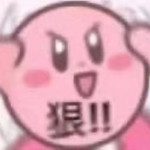 Lhasa is the capital city of Tibet and the starting point of Tibet travel. It’s also called the City of Sunlight with average daily sunshine of more than 8 hours. Every year thousands of tourists flock to this snow-covered plateau of Tibet to admire its broadness and magnificence. But due to Tibet’s mystery, many tourists do not know much about Tibet, especially the Lhasa weather and how to dress appropriately there. This article will give you a detailed explanation of the Tibet weather..

Features of Lhasa temperature
Lhasa is located on the north side of the Himalayas, with sunny weather throughout the year, sparse rainfall, no severe cold in winter, and no intense heat in summer. It belongs to a plateau temperate semi-arid monsoon climate.

“There are four seasons in a day” is a vivid portrayal of Lhasa weather and climate. During the peak tourist season from June to September every year, the highest temperature in Lhasa at noon can reach 27°C-29°C, giving people the feeling of midsummer. In the evening, the temperature begins to drop to 15°C, people have a sense of cool autumn. At midnight, it falls to 0°C-5°C, and people need to cover quilts all night as if it were winter. The next morning, after sunrise, the temperature rises again and it’s as warm as spring.

The boundary between the dry season and the rainy season is obvious, and it usually rains at night.

The rainy season in Lhasa is from June to August, but it usually rains at night so rainy days in Lhasa will not affect the good weather the next day. After the rain, the weather will be fine and sunny. Lhasa’s night rain affects more the road conditions, but most of the roads open to traffic in Tibet have been blackened. Therefore, the rainy season in Lhasa will not affect the scheduled itinerary of ordinary tourists.

This is the climatic characteristic of the entire snowy plateau. Due to the high altitude and sparse vegetation, the air is thin and clean, the dust and moisture content is low, and the atmospheric transparency is high.

When the sunlight penetrates the atmosphere, there is little solar radiation energy loss, so there are sufficient sunlight and large radiation, which makes Tibetan Plateau the place with the most solar radiation in the country.

Because of the annual sunshine duration of 3021 hours and an average of more than 8 hours of sunshine per day, Lhasa is called the “Sunshine City”. From here we can also see that there is often night rain even during the rainy season in Lhasa. After the sunrise, the sunshine will come as scheduled. Thus, many tourists would choose to travel to Lhasa to sunbathe in winter and feel the unique charm of Tibet under the sunshine of the holy city.